Get the Look: Two-Stone Engagement Rings 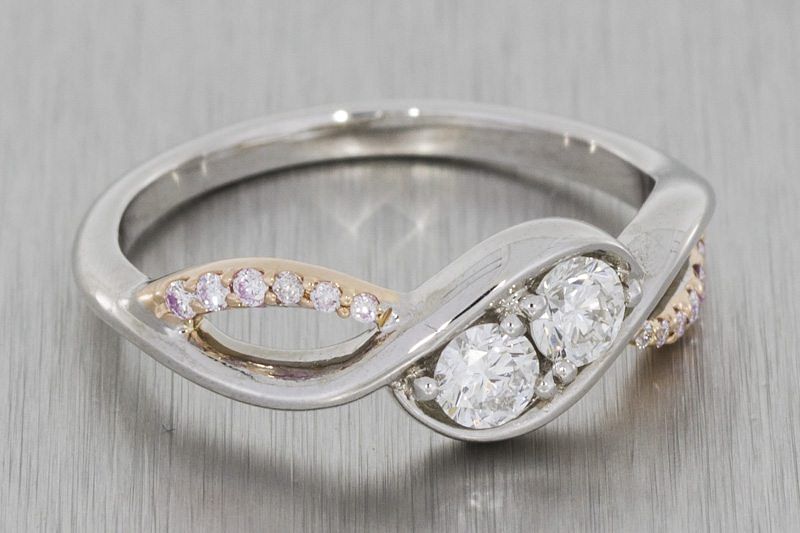 After a series of celebrity engagements, it’s tempting to think of two-stone engagement rings as a relatively new phenomenon. In the last few years, they’ve moved from being fairly rarely seen to being bang on trend. But in truth, the double stone ring has been around for centuries. Most famously, Napoleon Bonaparte gave his first wife, Josephine, a ring that twinned a diamond with a sapphire to symbolise their union – and contrasting personalities. Today, this style of ring is still considered a statement of personality. It is unconventional, quirky, and – usually – bold. But the beauty of this design is that you can really make it your own.

Here’s what you need to know before choosing a two-stone ring.

Two-Stone Engagement Rings: How to Get the Look 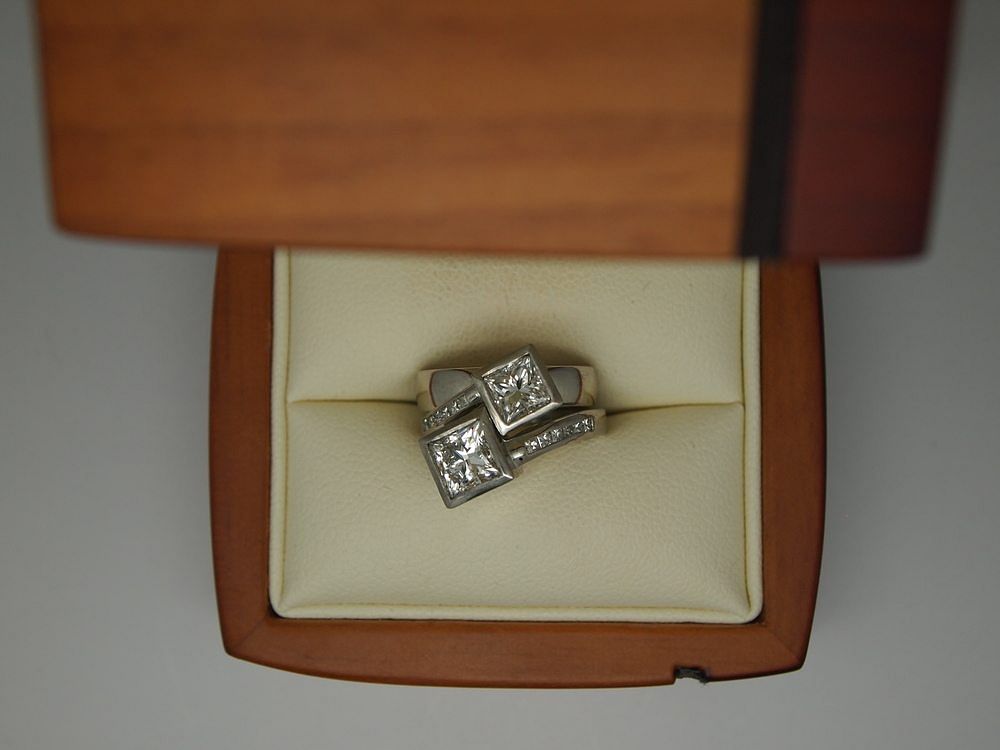 What is a two-stone engagement ring?

Slightly confusingly, a two-stone ring can feature as many gems as you like. But what distinguishes the style is that they always have two stones that could be considered a central stone. They’re usually of equal size. And often the same type of stone – the double diamond is the most common look for engagement rings, but anything goes. The rest of the ring is formed around the setting of the twin stones. Some prefer a plain band to accentuate the central gems. Others will opt for a band dressed in smaller diamonds or lesser stones.

What are the design features of a two-stone engagement ring?

Probably the best thing about these rings is that they are so versatile. Traditionally, the two stones would have been placed side by side on a simple gold band. And that still works wonderfully. But you have many other options:

The Bypass style ring, with the stones embraced by elegant, reaching arms. 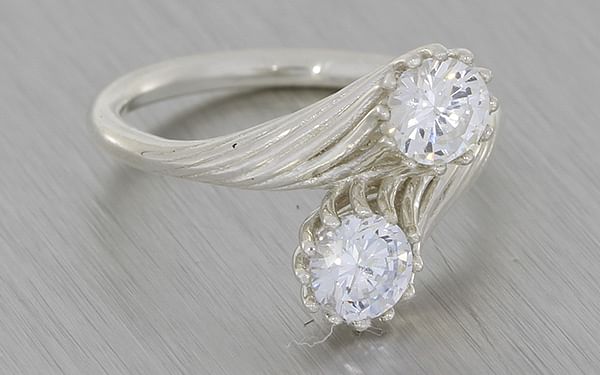 The splint shank, where the stones are supported by open arms, allowing the gems to shine. 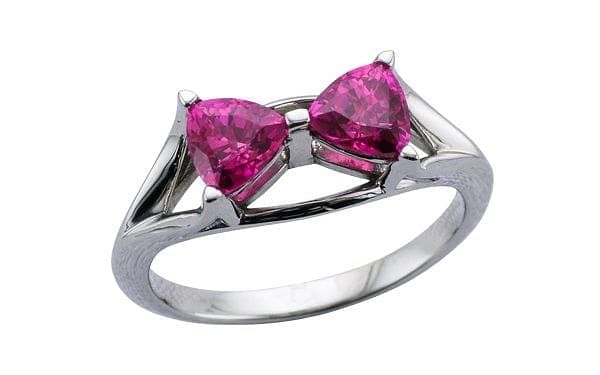 And the completely, originally bespoke, where your imagination leads the way. For this ring, the client produced some rough drawings to show us what he had in mind. We helped him to develop the idea further and this was the finished result. 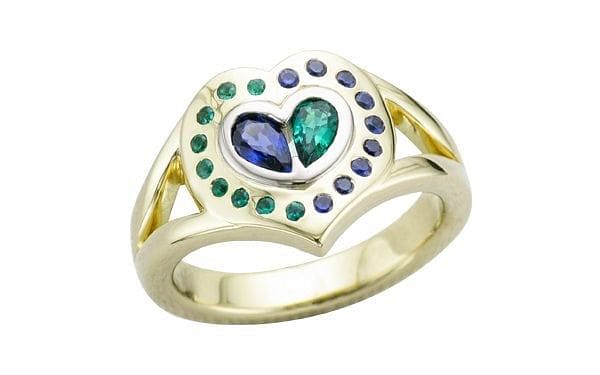 Other popular designs include an open band, where the two stones don’t quite touch. And the simple, solid band where stones rest, one above the other.

What should I consider before buying or designing a two-stone engagement ring?

When you’re preparing to invest in any engagement ring of any style or value, you need to ask yourself the same set of questions:

Two-stone rings might be fashionable right now, but fashion probably isn’t the best guide for buying a ring that should last you a lifetime. A better guide is to find a design that you love; that you know that your partner will love; that means something to you; and is timelessly beautiful. Two-stone rings can be all of those things. And you’ll know the right one when you see it.

If you’d like to find out more about how to design your own bespoke two-stone engagement ring, please get in touch. We’ll do what we can to help.